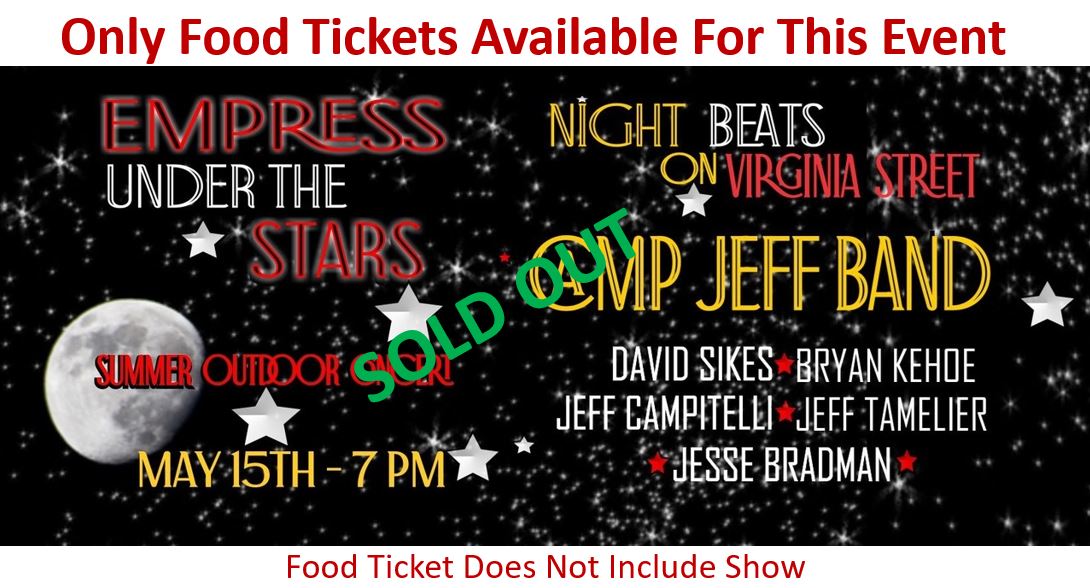 SOLD OUT!!! “Empress Under the Stars” – Starring the Camp Jeff Band

If you purchased a ticket, food is available for purchase! Cost $26 per plate

Dinner Ticket Does Not Include the Show 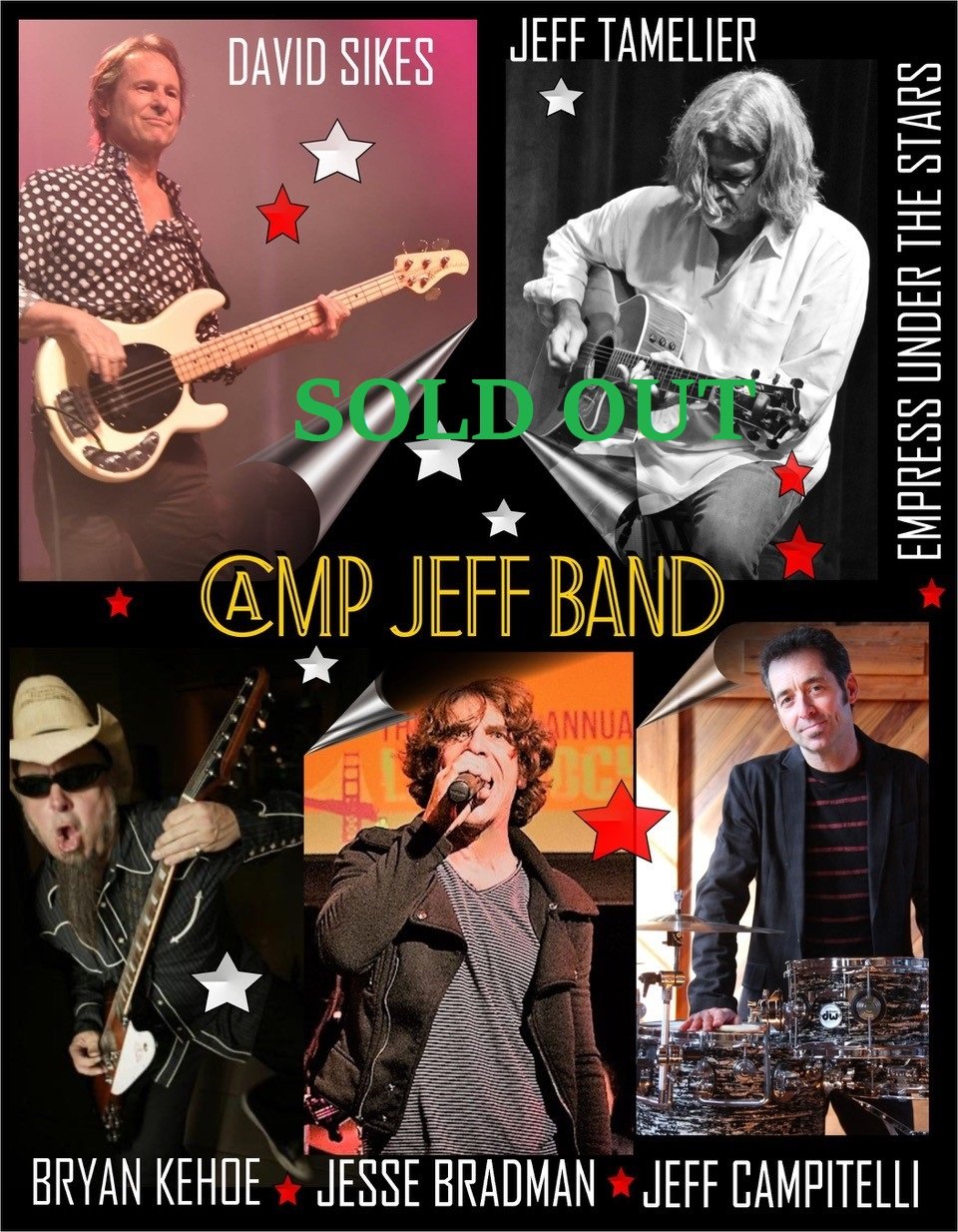 Empress Under the Stars

Join us for an outdoor concert on May 15th at the Empress Theatre starring the Camp Jeff Band with David Sikes, lead bass guitarist with BOSTON FROM 1987 TO 1997.