Hylife Ocity Productions concert series presents RISEN an exciting night of riveting, soulful, worship filled gospel music that is guaranteed to bring you to your feet in true praise to celebrate the resurrection of Jesus Christ.

Join us at the Empress Theater for one night only with some of Gospel’s powerhouse voices, featuring Lena Bryd Miles, Lawrence Matthews, Minister EK Dawson North Bay Community Choir and Revival Center’s own Michael Nelson.

Hosted by the Bay Area’s own talented comedian J-Red who will bring the laughs with his certifiable sense of humor.

Lena Byrd Miles, the darling of the Oakland Bay Area, has been singing since the ripe of age of 4. Coming from a musical family, she launched her singing career at her grandfather’s church where she faithfully lent her gift of song. She has transitioned to her current church home, where she serves as worship leader alongside her husband Tobias Miles, the minister of music. 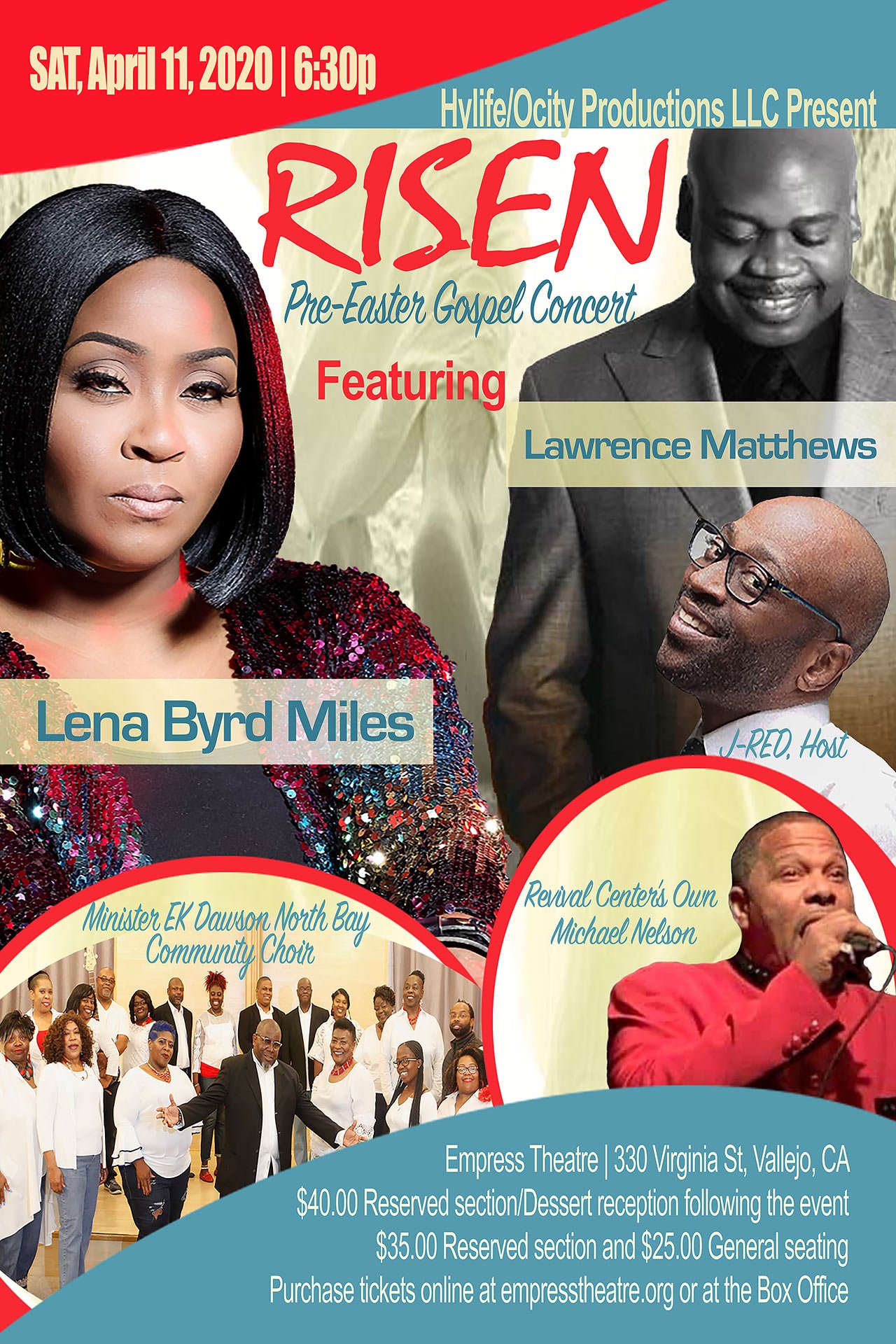