Event has been canceled

If you have already purchased tickets to this event, your tickets will be honored at any of the remaining Vallejo Jazz Society concerts this year. If you prefer to receive a refund, please contact the Empress Theatre Box Office at 707-552-2400 (Tue-Sat, 11AM-4PM) or contact@empresstheatre.org for assistance.

Ray Obiedo is an American contemporary jazz guitarist. Obiedo grew up in Richmond, California, and began playing guitar at age 17. Initially he played both jazz and R&B, appearing on record with Herbie Hancock, Julian Priester, and Sheila E. He was the leader of the jazz fusion group Kick and the rock band Rhythmus 21. In 1989 he signed with Windham Hill Records, with whom he released five albums in eight years.

Ray also started his long association with the great Pete Escovedo which continues today. His own funk/fusion band, Kick, included a young Sheila Escovedo on drums and Sonny Rollins long time associate Mark Soskin on keyboards. In the mid 80s his reputation grew as one of California’s finest exponents of jazz, pop and fusion. His other outlet during this time was the pop-rock vehicle Rhythmus 21, wherein he worked with other prominent session musicians from the Bay Area. His own session experience is considerable, having partnered artists including Herbie Hancock, George Duke, Lou Rawls, Grover Washington Jr., Bill Summers, Brenda Russell, The Whispers and most currently Bob Mintzer’s Big Band. 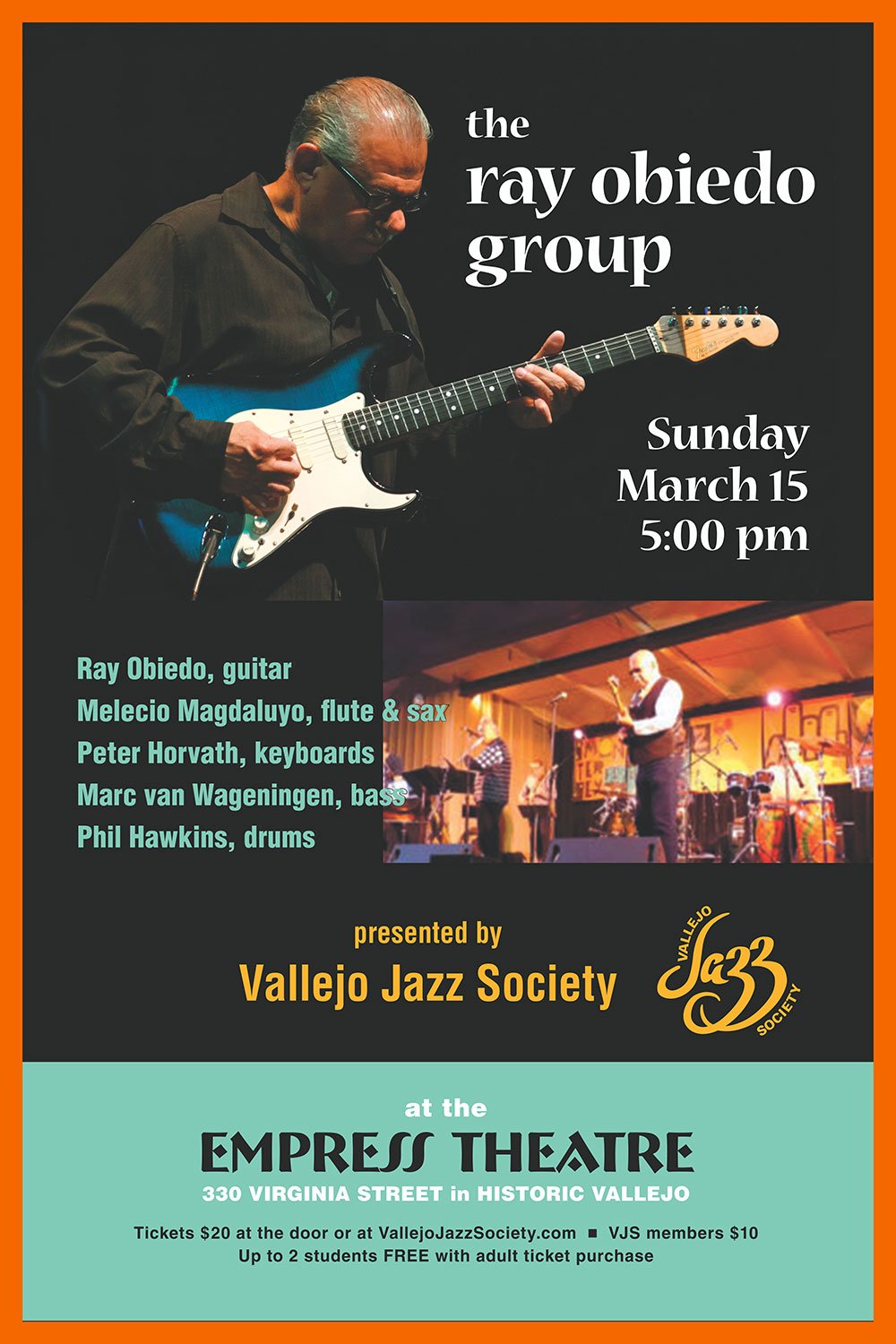